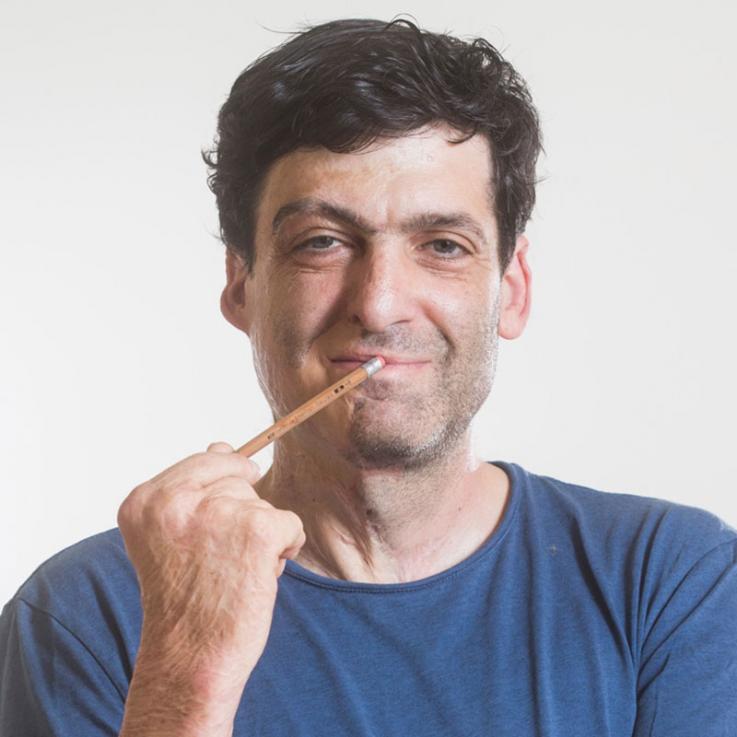 The most influential voice on behavioral economics; an expert on how (and why) people act in all kinds of environments

Dan Ariely is today's most popular voice on behavioral economics. He is the best-selling author of three of today's most compelling books on the subject including Predictably Irrational, The Upside of Irrationality and The Honest Truth about Dishonesty.

His immersive introduction to irrationality took place as he overcame injuries sustained in an explosion. During a range of treatments in the burn department he faced a variety of irrational behaviors that were immensely painful and persistent. He began researching ways to better deliver painful and unavoidable treatments to patients.

Ariely became engrossed with the idea that we repeatedly and predictably make the wrong decisions in many aspects of our lives and that research could help change some of these patterns.

After using his knowledge of decision-making and behavioral economics to convince his girlfriend to marry him, Ariely realized that understanding decision-making can help anyone in their daily life.

Irrationally Yours, Predictably Irrational, The Upside of Irrationality, The (Honest) Truth About Dishonesty, the movie Dishonesty and the card game Irrational Game are his attempt to describe his research findings in non-academic terms, so that more people will discover the excitement of behavioral economics and use some of the insights to enrich their own lives.

As a behavioral economist, Dan Ariely studies how people actually act in the marketplace, as opposed to how they should or would perform if they were completely rational. His inter-ests span a wide range of daily behaviors. His experiments are consistently interesting, amusing, and informative, demonstrating profound ideas that fly in the face of common wis-dom.

The James B. Duke Professor of Behavioral Economics at Duke University, Ariely's re-search has shown that we all succumb to irrationality in situations where rational thought is expected. He is an expert on how people actually act - and why they act - in all kinds of business and economic environments, and what this means for business innovation, strat-egy, marketing and pricing.

Dan's recent book, The Honest Truth about Dishonesty: How We Lie to Everyone - Espe-cially Ourselves, is a thought-provoking work that challenges our preconceptions about dishonesty and urges us to take an honest look at ourselves. In it he explores how unethi-cal behavior works in the personal, professional, and political worlds, and how it affects all of us, even as we think of ourselves as having high moral standards. He also identifies what keeps us honest, pointing the way for achieving higher ethics in our everyday lives.

He publishes widely in the leading scholarly journals in economics, psychology, and busi-ness. His work has been featured in a variety of media including The New York Times, Wall Street Journal, The Washington Post, The Boston Globe, Business 2.0, Scientific American, Science, CNN, NPR, and he was interviewed for ABC's 20/20.

As a speaker, Ariely has a natural and unique talent for turning his research into vignettes that are fun, relevant and engaging, and for delivering the results in a genuinely charming, original, and often comical way.

Professor Ariely tailors each presentation to the needs of his audience and is not limited to the topics we have listed below:

Predictably Irrational: Do you know why you still have a headache after taking a one-cent aspirin, but why that same headache disappears if the aspirin costs fifty cents? Do you know why recalling the Ten Commandments reduces people's tendency to lie, or why honor codes are actually effective in reducing dishonesty at the workplace? Do you know why, after doing careful and extensive research on which car to buy, a random meeting with someone who had an awful experience with that car changes your decision? Why do we make decisions contrary to our better judgment? What is "better judgment?"  In his book Predictably Irrational, Dan Ariely challenges us to ponder these questions and demonstrates how irrationality manifests itself in situations where rational thought is expected. We all succumb to irration-ality, it's about time we find solutions to those behaviors that affect our daily lives in a significant way.

He can also speak specifically to the following topics:

The Honest Truth about Dishonesty

Most of us think of ourselves as honest, but, in fact, we all cheat. So claims Dan Ariely. He challenges our preconceptions about dishonesty and urges us to take an honest look at ourselves. From Washington to Wall Street, the classroom to the workplace, unethical behavior is everywhere. None of us is immune, whether it's the white lie to head off trouble or padding our expense reports. Yet, we tend to assume that cheating, like most other deci-sions, is based on a rational cost-benefit analysis.

Based on the findings in his best-seller, The Honest Truth about Dishonesty, Ariely argues that it's actually the irrational forces that we don't take into account that often determine whether we behave ethically or not. For every Enron or political bribe, there are countless puffed resumes, hidden commissions, and knockoff purses. Audiences will hear why some things are easier to lie about; how getting caught matters less than we think; and how business practices pave the way for unethical behavior, both intentionally and unintentionally. But all is not lost. Dan also identifies what keeps us honest, pointing the way for achieving higher ethics in our everyday lives. It's a presentation not to be missed.

When it comes to making decisions in our lives, we think we're in control. We think we're making smart, rational choices. But are we? In a series of illuminating, often surprising experiments, behavioral economist Dan Ariely refutes the common assumption that we behave in fundamentally rational ways. Blending everyday experience with groundbreaking research, Dan explains how expectations, emotions, social norms, and other invisible, seemingly illogical forces skew our reasoning abilities.

Not only do we make astonishingly simple mistakes every day, but we make the same types of mistakes, Ariely discovers. We consistently overpay, underestimate, and procras-tinate. We fail to understand the profound effects of our emotions on what we want, and we overvalue what we already own. Yet these misguided behaviors are neither random nor senseless. They're systematic and predictable - making us predictably irrational. From drinking coffee to losing weight, from buying a car to choosing a romantic partner, Ariely explains how to break through these systematic patterns of thought to make better decisions. Predictably Irrational will change the way we interact with the world, one small deci-sion at a time.

Payoff: The Hidden Logic That Shapes Our Motivations

Best-selling author Dan Ariely reveals fascinating new insights into motivation - showing that the subject is far more complex than we ever imagined.

Every day we work hard to motivate ourselves, the people we live with, the people who work for and do business with us. In this way much of what we do can be defined as being motivators. From the boardroom to the living room, our role as motivators is complex, and the more we try to motivate partners and children, friends and coworkers, the clearer it becomes that the story of motivation is far more intricate and fascinating than we've as-sumed.

Payoff investigates the true nature of motivation, our partial blindness to the way it works, and how we can bridge this gap. With studies that range from Intel to a kindergarten classroom, Ariely digs deep to find the root of motivation - how it works and how we can use this knowledge to approach important choices in our own lives. Along the way he explores intriguing questions such as: Can giving employees bonuses harm productivity? Why is trust so crucial for successful motivation? What are our misconceptions about how to value our work? How does your sense of your mortality impact your motivation? 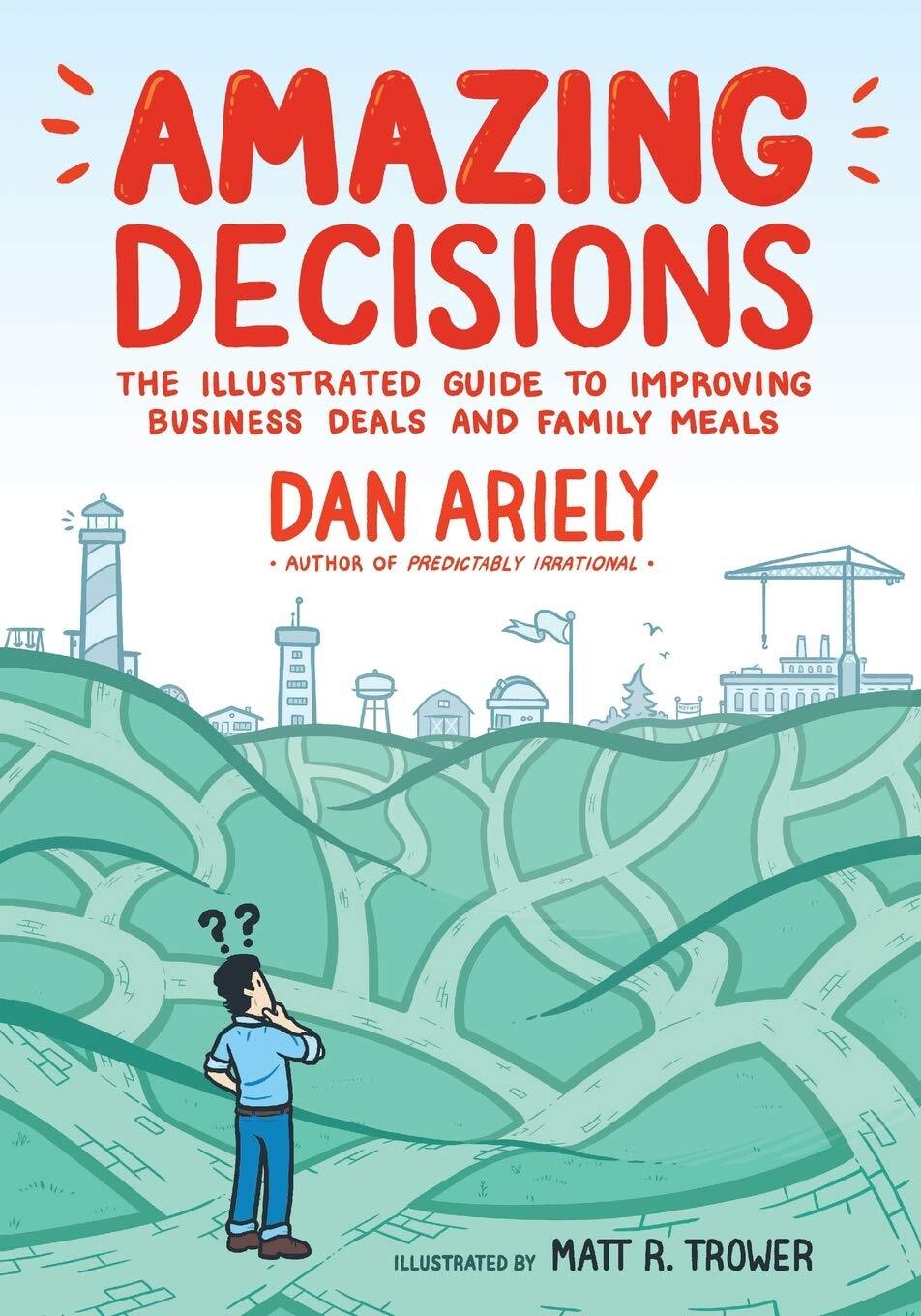 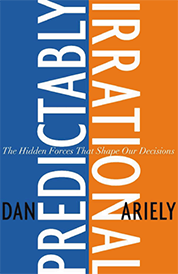 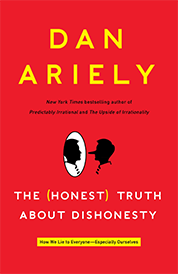 THE HONEST TRUTH ABOUT DISHONESTY 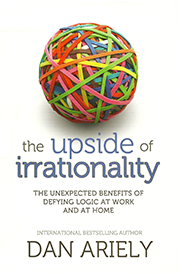 THE UPSIDE OF IRRATIONALITY 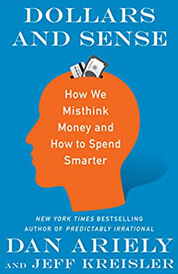 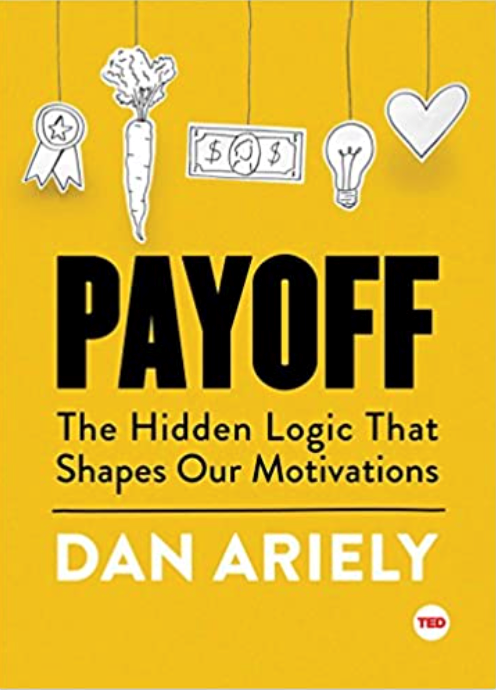 PAYOFF: THE HIDDEN LOGIC THAT SHAPES OUR MOTIVATIONS 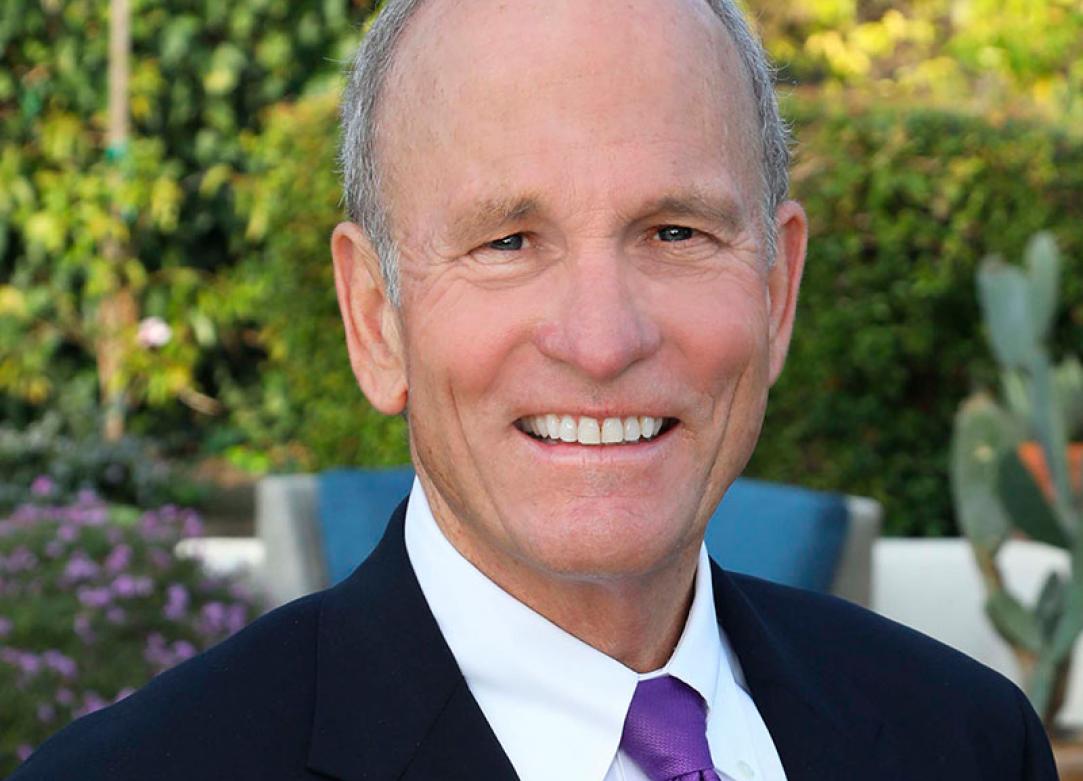 Renowned global futurist internationally recognized as pioneer in the field of strategic... 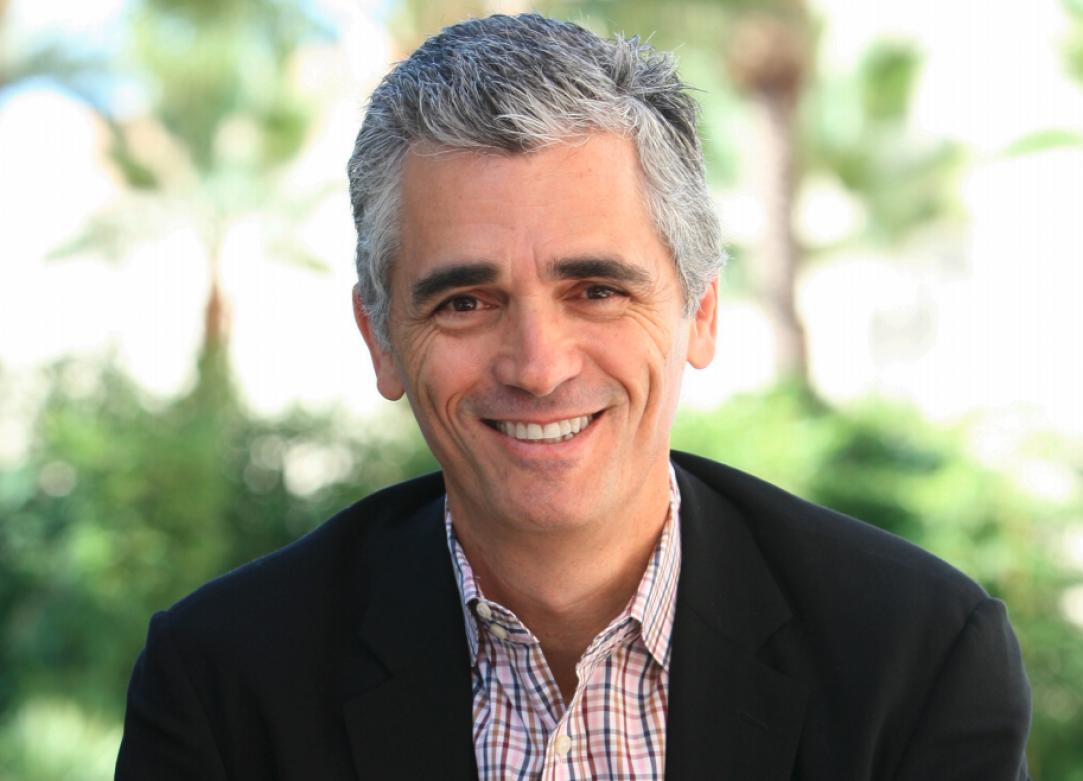 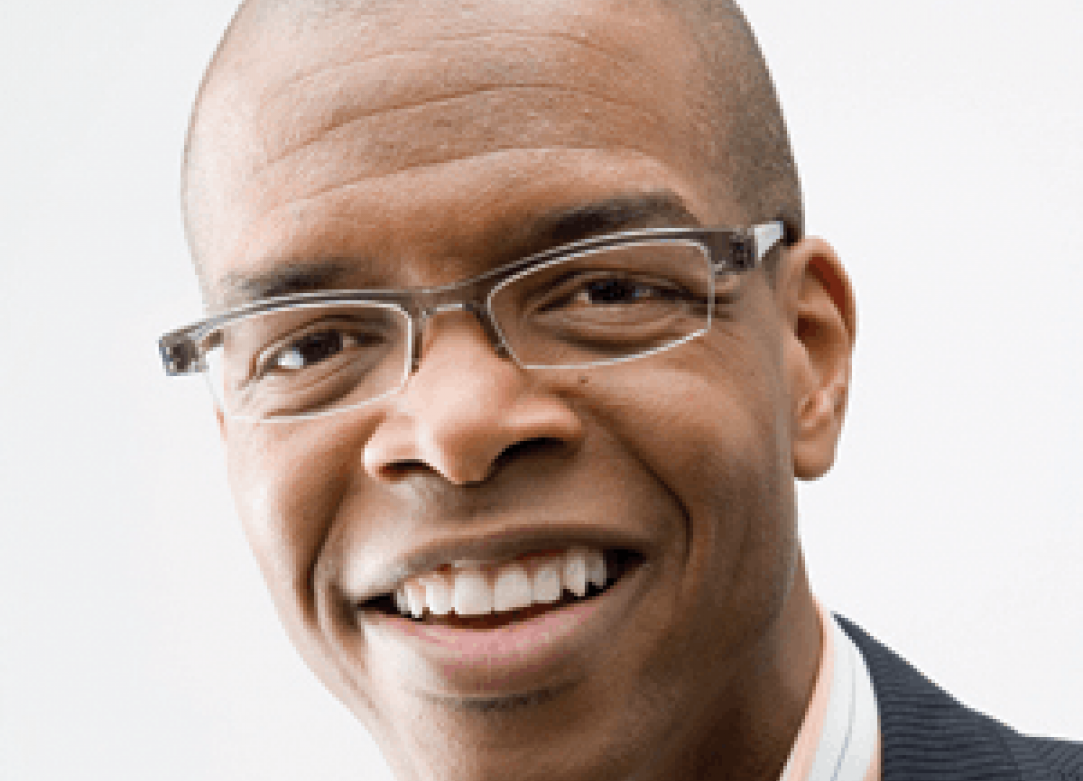